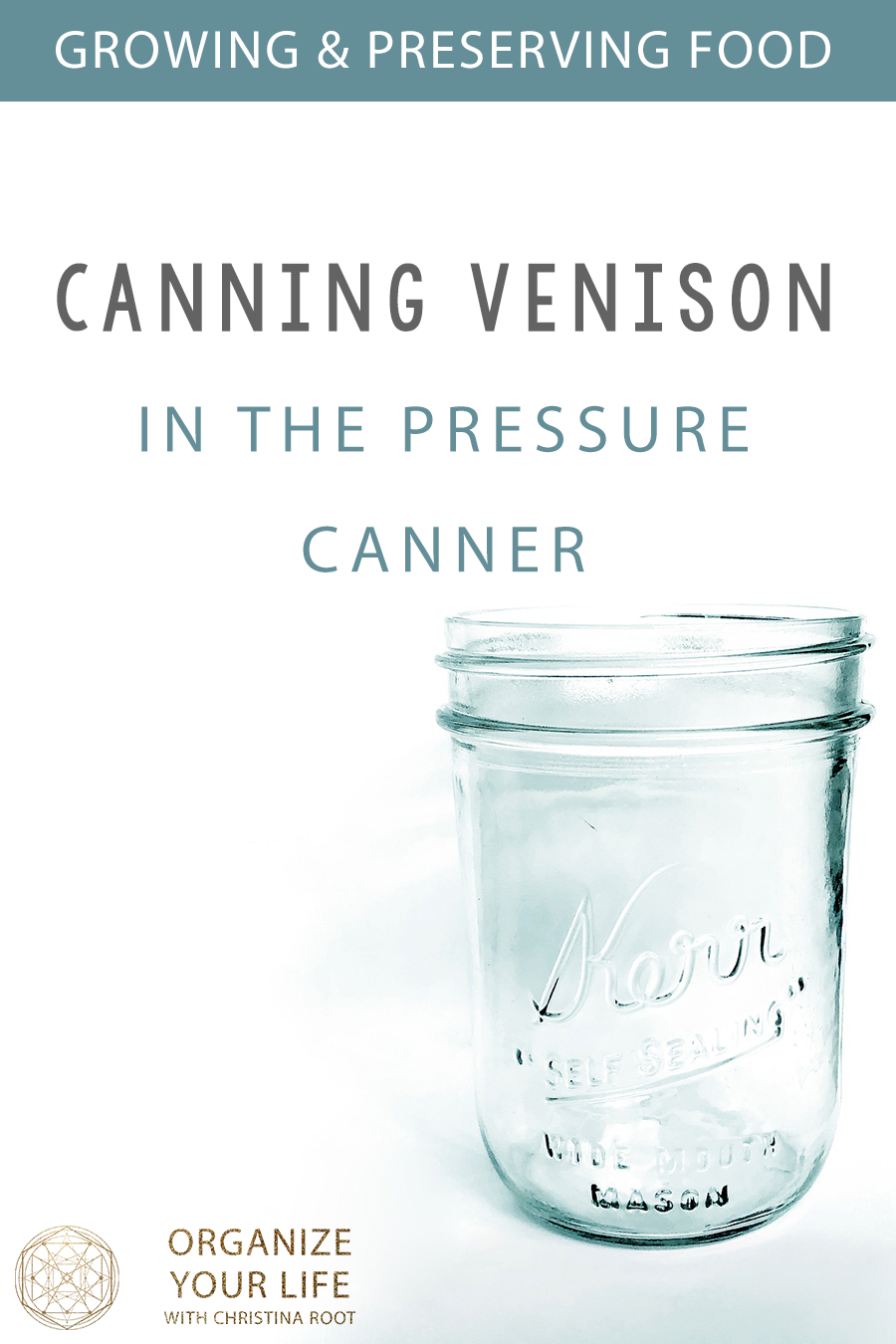 When Ians friend at work told us he had an extra deer, we said we’d love to take it off his hands. I know it’s perfectly fine to freeze deer meat, but the process of canning isn’t that much more work than freezing it. It takes a little longer, but if you’re going to be awake blogging anyway- may as well make it shelf stable and easy to turn into a heat and pour dinner.

This was two of the four sections of deer we got.

Once you’ve de-boned you deer parts, chunk them into quarter sized chunks or slightly bigger. Put them in a clean quart sized jar. I highly recommend using wide-mouth jars if you have them, they’re so much easier to get the meat out of.

Each jar has 1/4 tsp salt and 1 tsp of Beef flavored Better Than Bullion. We didn’t want them too salty, but if you prefer more salt, add 1/2 a teaspoon to each jar.

This is what they look like completely filled. You don’t need to add any liquid, the venison is very juicy and will make plenty on liquid of its own. Really, canning venison is very easy! It’s a simple project, after the project of processing.