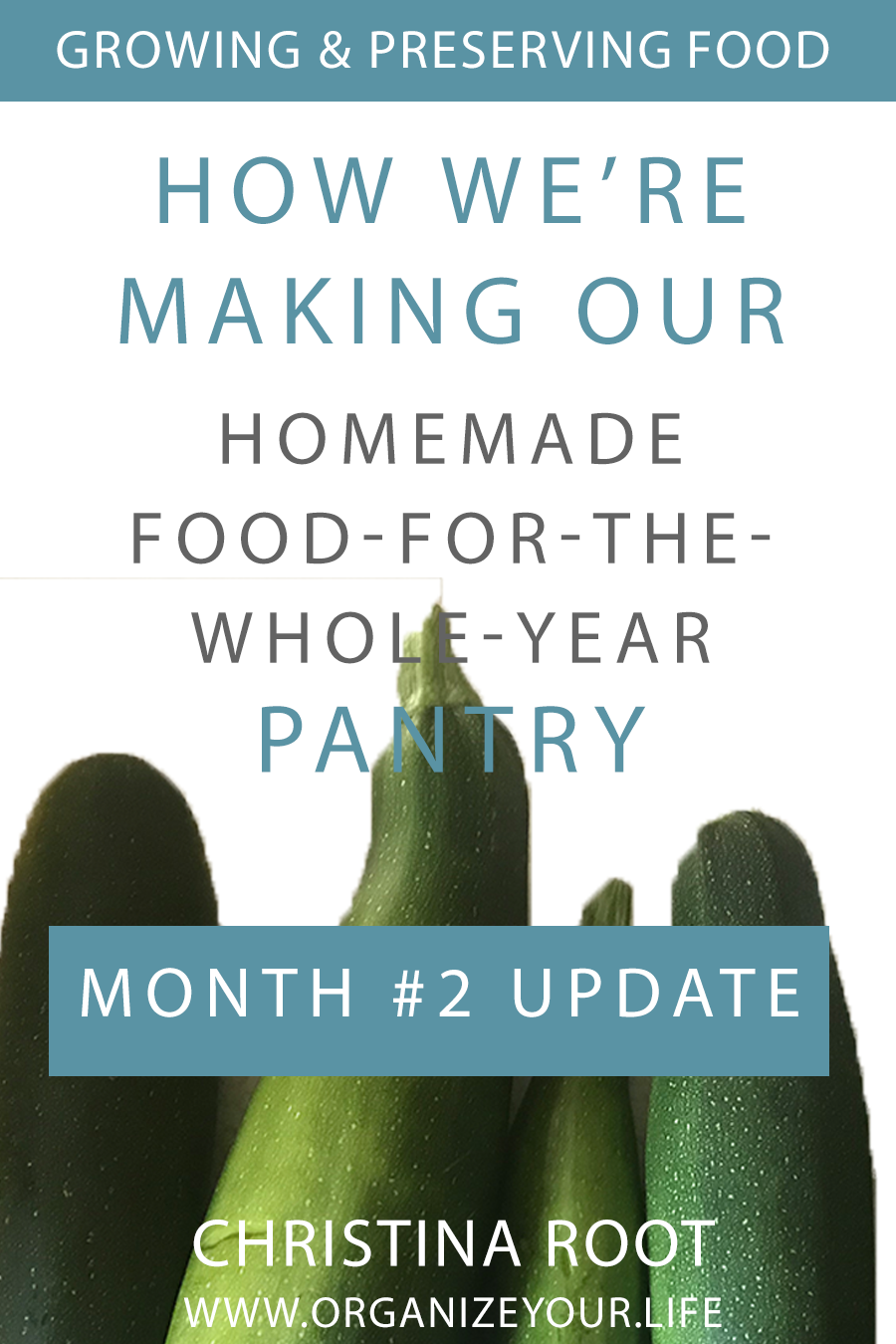 This month, preserving was a lot less fast-paced. The garden hasn’t started producing fruit yet, but I did find some good deals on things this month that I ended up putting up in the pantry.

I got more pineapple chunks to can and preserve because I found more on sale and we ended up eating a few of the ones I made last month to make sure we liked them preserved – and they were delicious. I also made several batches of homemade popsicles as treats during the warm weather months, which used up some of the pineapples as well. 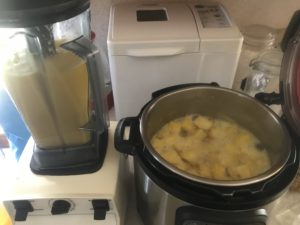 This month, I focused on making bread to freeze. It’s not the most exciting thing in the world, but it’s going to be useful after baby Abigail makes her arrival – just one less thing to worry about. I usually make a loaf of bread in my bread machine every other day, now I’m making 2 loaves on a baking day or making one loaf a day and freezing the extra.

Since there wasn’t a lot of canning and preserving to be done, I started stockpiling supplies that I know I’ll need when the garden is producing in full force, like:

I’ve discovered I actually really hate regular mouth quart-sized jars, because they’re a pain to wash by hand. I had a friend give me some jars because she’s stopped canning, and I realized how much of a pain they are to clean when you won’t have a dishwasher and can’t reach your hand in to really scrub at stubborn dirt in the jars. So – I’ll only be buying the wide-mouth quart-sized jars from here on out. Lesson learned! I was very grateful for the jars, but the ones I’m buying in the future will for sure be the wide-mouth kind!

As fas as food goes, at the end of the month, I have: