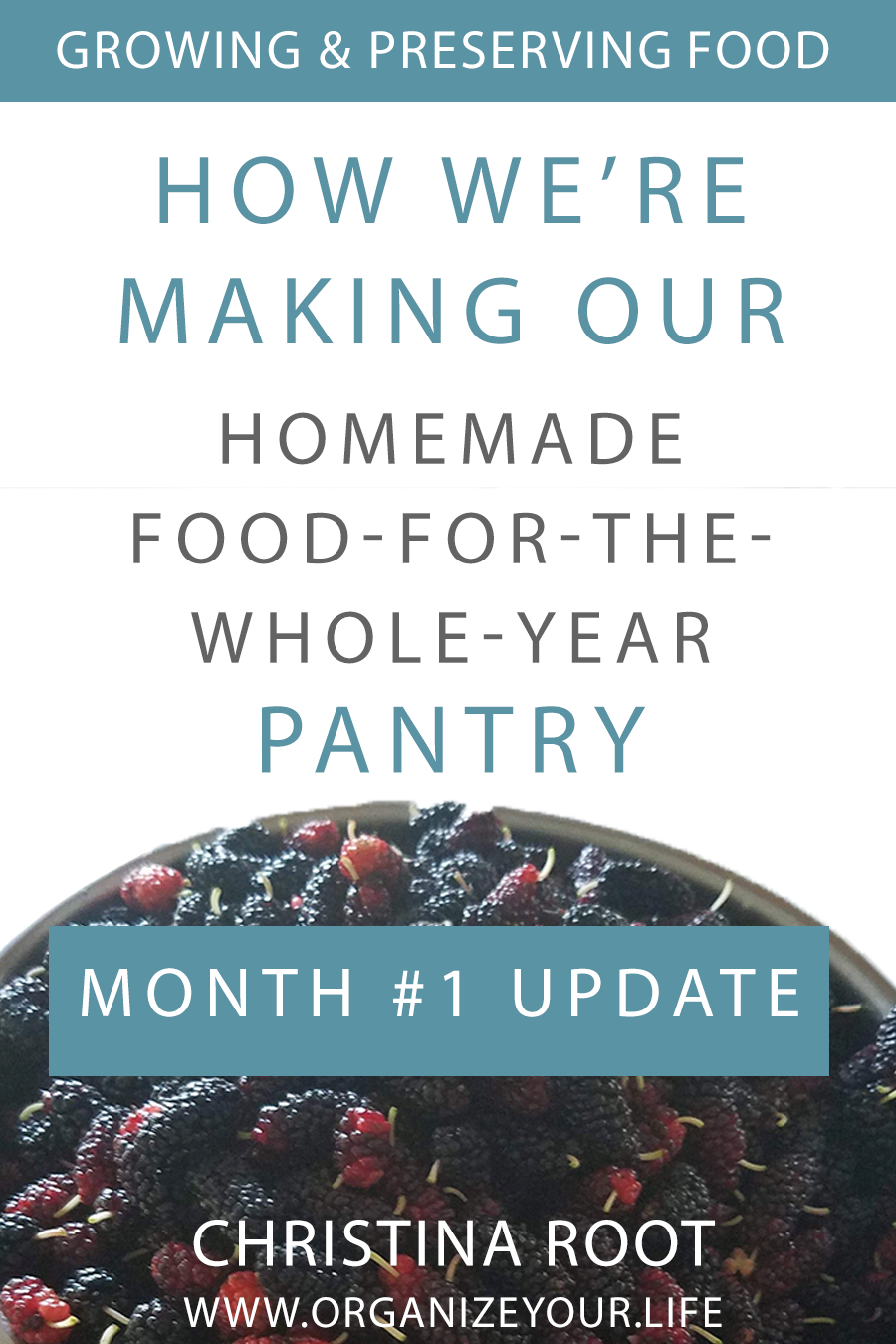 As this was the first month of us working to create our completely homemade pantry that will hopefully last until next year’s growing season, I wanted to do an update to show how the process worked, what we learned, and the final overview of what we accomplished in our first month of this project.

May has been a surprisingly abundant month for us, we weren’t expecting most of our preserving to start until June, which is actually great since we have baby Abigail due at the end of July – the more I can get done sooner, the better!

What we achieved this month

We’ve added a lot to the pantry this month, which is exciting. I had some unexpected things I wasn’t planning on canning, which turned out to be a nice surprise addition to the pantry.

I took advantage of a sale of fresh pineapples that are in season, I got them for $0.99 each! I love pineapple, so I thought it would be nice to can some to have to break up the monotony of the produce we’ll be having from the garden, which will mostly be vegetables. 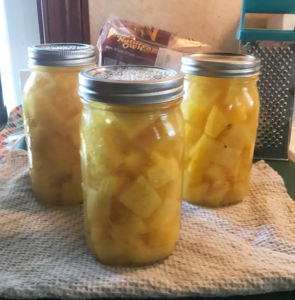 I love having the mulberry products, but eating too many at once will give you stomach problems, so I wanted some fruit besides pears (which we’ll have in abundance when they’re ripe at the end of the season) to add to meals and have for snacks.

I also decided that although it’s easy to make homemade bread in the bread machine, I wanted to set some aside in the freezer for right after Abigail comes. I’m hoping to have a month of finished meals and snacks to make things easier for when she comes, so I’ve been making extra bread as I go about my regular baking.  This isn’t something that needs to last the entire year, but it’s something that’s going to be nice to have later on this year when things are a lot busier. 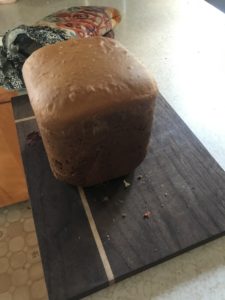 Finished products in the pantry

I’m not inventorying the things in the freezer (things like my homemade bread) in this blog post, because the freezer items aren’t really meant to last the entire year – they are more for use in the next several months.

Ultimately, I was really happy with what we got set aside!

The process we used to preserve efficiently

It took me a while to figure out how to come up with a good system that would mean I could preserve a lot in a day, without being too utterly exhausted at the end of it. Here were the things we did that helped us become efficiency machines.

While not everyone may need to do this, picking mulberries out in the heat was exhausting, and so was making jam. I decided early on that I’d pick one day and process the next day. That meant I had time and energy to do everything I needed to do and do it well. This kept me from hating the process and also helped me get more done on each designated day.

When I found a recipe I liked, I wrote it on the whiteboard I have in my dining room, so anywhere in the kitchen, I could easily reference the recipe. That meant no pulling up the recipe over and over again on the computer. I also saved the recipe I used in my Preserving Log Spreadsheet, as well as my recipe bank in Cozi so it was there for easy reference if I needed it.

Sugar and lemon juice were the big ones I used the first month for the jam and syrups, so rather than buying lots of small bags, we got 25-pound bags of sugar and the biggest containers of lemon juice we could find. We’re lucky to have a lot of space on our countertops, so I just left the bag sitting out because otherwise I was constantly getting it out and putting it back, which was not on my list of favorite things. Being in the third trimester of your pregnancy really makes your priorities much simpler: if it means extra lifting and work…. probably not gonna happen at my house!

4. Learn what fruit can be preserved in its own juices

I learned that pineapple and pears can be processed in plain water, with no other additives. That was nice for a few reasons: it meant that I could just add the pineapples to the water, boil them for 10 minutes to release the excess air trapped in the fruit and then process them in the steam canner.

I liked doing this because it meant I wouldn’t be feeding my family so much sugar and we could really learn to savor and appreciate the flavor of the fruit. It also meant that we saved a lot of money by not having to use up more sugar to preserve the fruits safely.

We’ll also be using this technique later on this year when our pears from our pear tree are ready for harvesting! 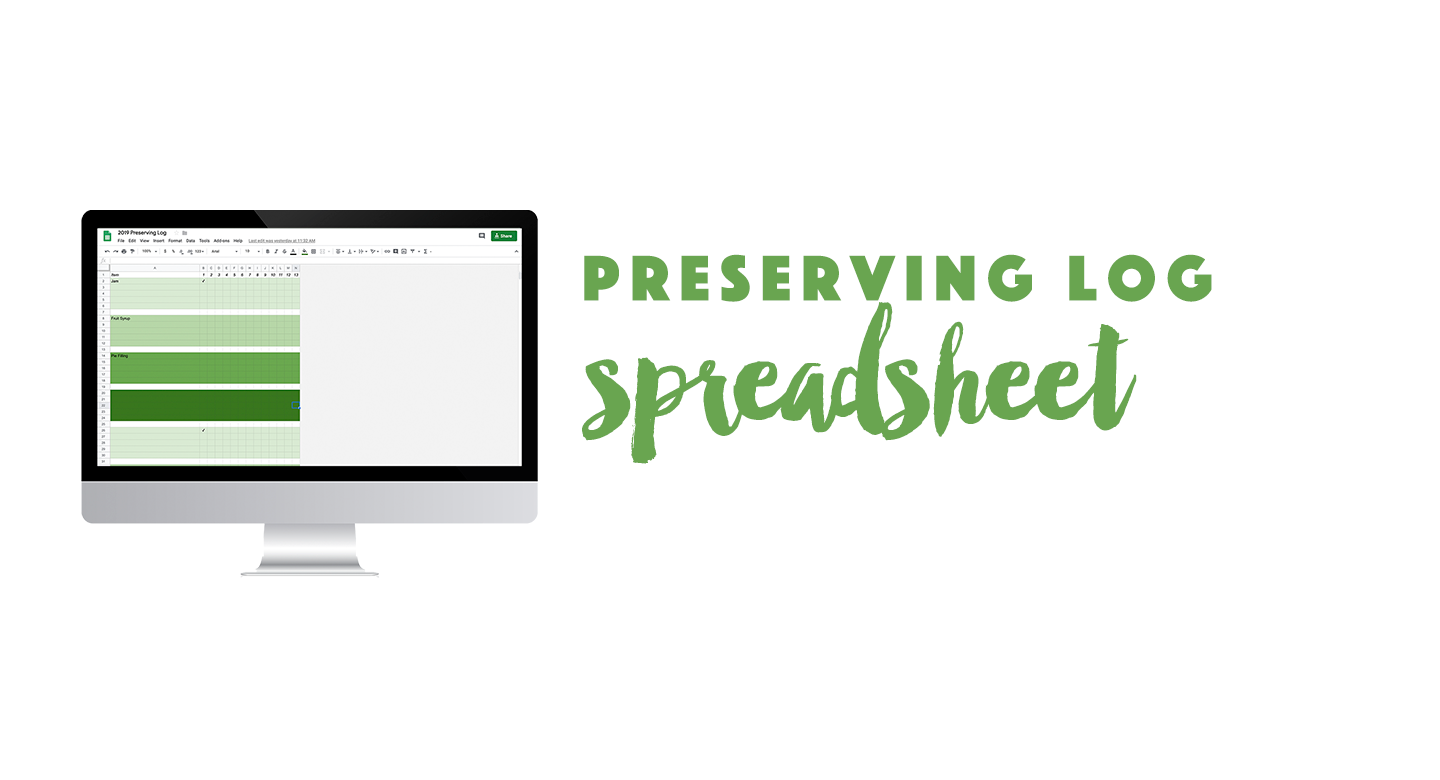