Lessons from creating our homemade pantry

This month was the first time we started preserving things in earnest for creating our year-long pantry. This is the first year I’ve ever done any major canning, much less Have a garden that was more than a handful of plants in hanging planters.

We did everything right when we planted our tomato plants, but early on in the season we got a few weeks of torrential downpours that almost killed our tomato plants, along with that of our neighbors. It took a while for our plants to recover, and our harvest was a lot slower to start up than we thought.

We figured tomatoes would be a huge staple in our summer diet, but it ended up that zucchini and squash were much bigger producers. We even over-planted our tomato plants to ensure we had an overabundance to preserve, it just didn’t work out that way.

To compensate for this, we got creative with our recipes by making things like zucchini salsa, which did include tomatoes but also included zucchini as a lot of the produce in it. We ended up having several go-to recipes for zucchinis this year because they did so well and we had such an amazing abundance, and we wanted to make sure none of it went to waste.

We also had other little things that didn’t go as planned because of our inexperience. The birds ate most of our peas, so next year we’ll net them. Our bush beans didn’t produce quite as much as we thought, so we didn’t have as much extra as we planned. Little things like this meant we will change things up a bit for next year.

I didn’t realize what a huge difference it makes in the temperature of your kitchen, and the time you spent cooking when you use a steam canner versus a water bath canner. When I started canning after I took my friend Jenny’s course, Steam Canning, I’d never done water bath canning so I didn’t have a comparison.

Since almost everything I canned this month was water bath/steam canned, I used this time to test whether it’s really more efficient. Let me tell you – it cut out 40+ minutes of time heating the kitchen up waiting for the water bath canner getting up to temperature. The steam canner takes almost no time since I keep it on low while I process my food, then just pop the food in and go when I’m done processing.

Being hugely pregnant and tired, anything I can do to make processing food faster and easier is a good thing. After making my first few batches of mulberry jam, I realized that mulberries are a lot of work to squish, and it’s easier to throw them in the food processor for a few seconds and end up with a nice uniform fruit pieces. That saved me time and energy making jam, even if it meant having another dish to wash.

Do actually track your inventory as you make things

I created my handy Preserving Log Spreadsheet, and a few times I forgot to mark down when we had things. When I realized I’d made several batches of things like mulberry jam and whole mulberries, I was super frustrated when I had to go through the entire pantry to re-inventory those items.

In an ideal world, my garden would have been weeded every day, or every other day, and it would have looked picture-perfect all the time. Hah. Between being hugely pregnant and because it was so hot and humid, I didn’t spend a lot of time outdoors. The result was that the garden was not some Pin-worthy garden that looked pristine. In fact, it looked distinctly neglected for most the season, but you know what? It took us from bare pantry to a full one that’s very generously stocked for the coming year, and it did the job beautifully! 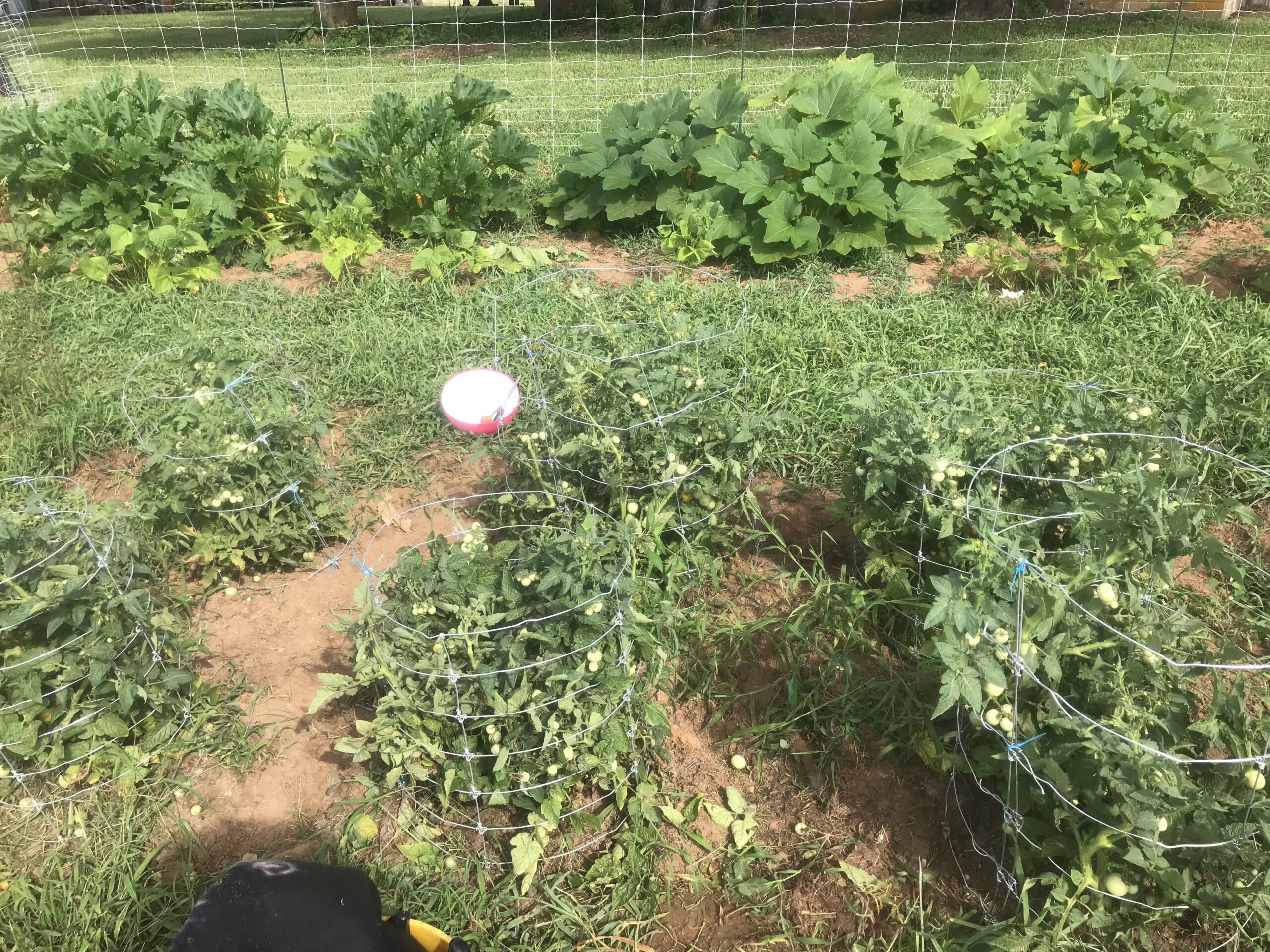 So, if things aren’t how you picture it in your head, it’s up to you to make it a positive thing. I spent several days being really frustrated because some big unplanned things took me out of town and made caching up with the garden difficult.

When I got back to town, I spent a little more time in the garden weeding than I had been and everything was just fine. It’s all about your attitude and letting the little unimportant things go.

Processing fruit in the Instant Pot

I usually use my Instant Pot for everything, but without a lid, on it, I had trouble getting mine to reach 220 degrees (the temperature you need to reach when you make jam). When I was making really big batches of things (like the pineapple chunks and mulberry syrup) I used my 6-quart Instant Pot that I have a glass lid for.

The ability to make large batches of food made my life easier because processing several smaller batches takes so much longer than with my limited energy, it almost wasn’t worth it. I’d spend the whole morning just preparing the jars that needed to be canned, which was a pain and took forever. Next year, I’ll make sure I have a glass lid for my 8-quart pot as well, so I can work in even larger batches! 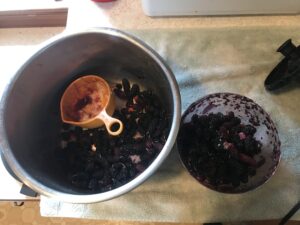 I made my storage needs work as I went, and I wish I’d have put some more forethought into it. Having tomatoes simply stuffed into the random spaces of the pantry where I could make a jar fit was fine in the moment, but it meant in order to know where everything was, I had to reorganize all of my cabinets at the end of the season. It wasn’t a big deal, but I could have saved myself the time and effort of redoing it if I’d have just done it right the first time.

Stock up on basic supplies in the downtime

One of the things I’ll be doing this fall and winter is using some of the room in our budget that has a homemade pantry created to buy things like extra canning jars, new lids for next year, and little garden supplies. That way when it’s time to plant next year’s garden and to preserve next year’s produce, I know I’ll have everything on hand, and I won’t pay premium prices on anything since I have time to wait for sales.